Are you looking for a creative idea for handling marital conflict? If so, you are in the right place!

This list could go on and on, really. For the most part these are qualities that often work out in a positive way if you are opposites. But there are also times when these traits are no longer an asset, but a liability, and there are also the times where you could be of the same thinking but end up butting heads when you have just a slightly different thought about something or another.

In those times when there is friction, it can be so easy to react right away. To say or do something that you would later think differently about or that you would avoid saying or doing altogether. 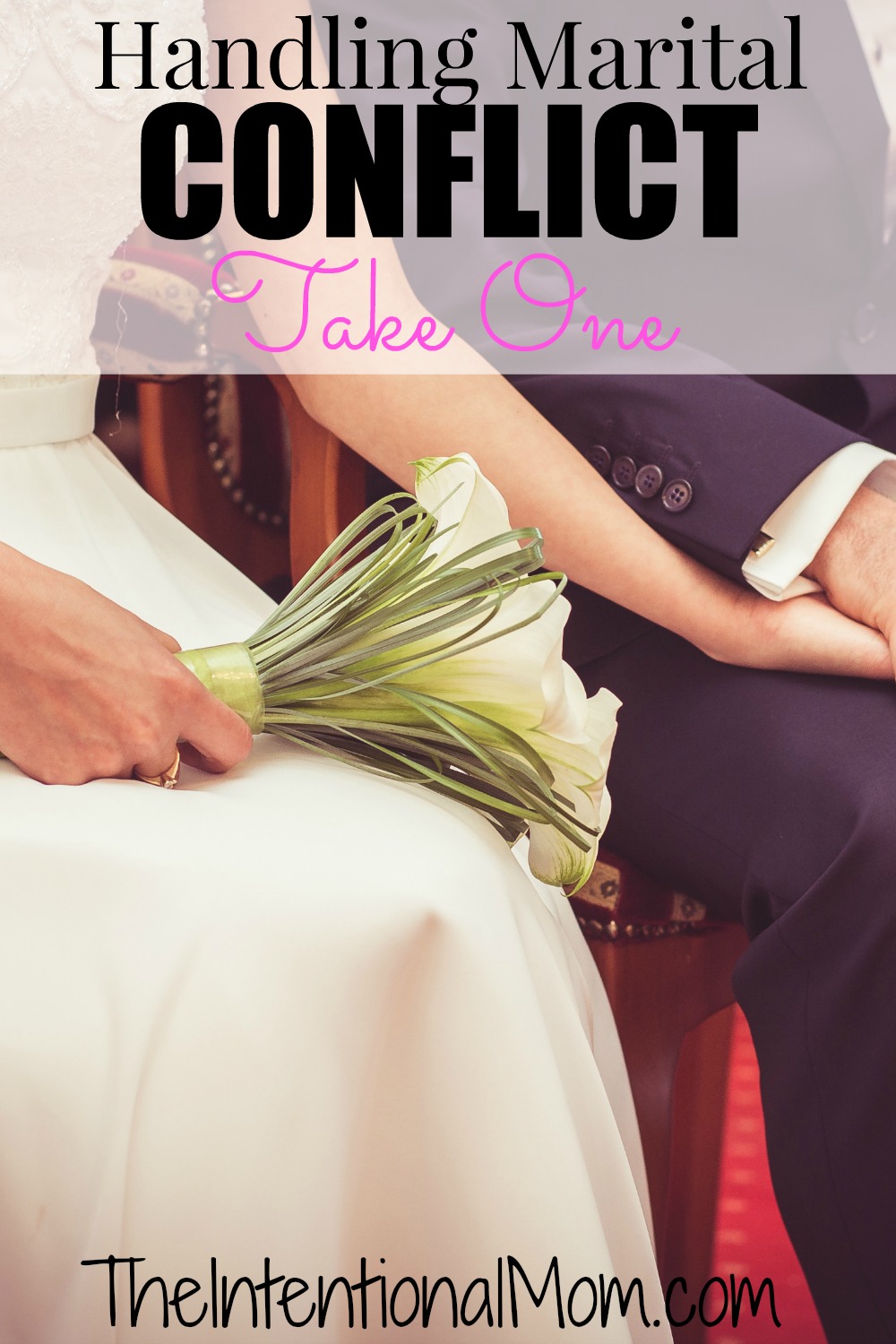 I am not sure where I heard it, but I love applying this question when conflict arises: “Do you want to be right, or do you want to be married?!” Usually it is one or the other. This idea means that we can choose whether it is more important to us to win an argument, a conflict, or a disagreement, therefore causing negative emotions, feelings, and words to fester or spew, or if we want to let this be an experience that allows us to remain neutral or even become a relationship building exercise in some way. Since I would always choose the staying married part, I oftentimes apply something that is so easy to do, and that really helps diffuse the situation.

While I am not encouraging gossiping to someone else about marital problems (remember how there are always two sides to every conflict), and there are times that the subject matter would not be appropriate for sharing with someone outside of your marraige, there are times that sharing the little things that irk us about our spouses with a close, trusted friend could be appropriate and beneficial in the following way.

Instead of saying what you may want to say to your spouse and know you shouldn’t, you can role play with a friend.

For instance, let’s say that your husband wasn’t home from work when he usually is, and you all sat around waiting to eat since he would surely be home any minute, especially since he didn’t let you know he would be late. Instead of unleashing on him about it whenever he does get home, you could unleash on a friend as though she were him. You might say to your friend,

“I can’t believe you were late in getting home again and didn’t let me know. That is so rude and selfish of you, especially since we have talked about this before and you know how much this bothers me.”

Although there may be a time and a place to have a conversation with your spouse about this, chances are the best time is not as he walks through the door, if at all! However, since you have been steaming about it this whole time and preparing what you would say, you just can’t hold it in. I always find it amazing how much better I feel to have shared my frustration through role playing with a friend. The good part is that I haven’t damaged my marriage over it by starting something that will usually turn into something bigger.

Again, this technique is something to try when there are petty annoyances that have you upset, not that friends can’t give a listening ear on the bigger things at times, but role playing is so effective when you just need to say something that nine times out of ten, you shouldn’t!

If you’ve never tried role playing with a friend in this way, give it a try, you might find it helpful, too!

« Free Ebooks! The ABCs of Money, A Little Bit of Everything For Dummies, Smoothies For Weight Loss + More!
A Realistic Action Plan For the Weary Mom »