Have you ever wanted to create a gallery wall? I did..for about two years before I finally took the leap and did it. 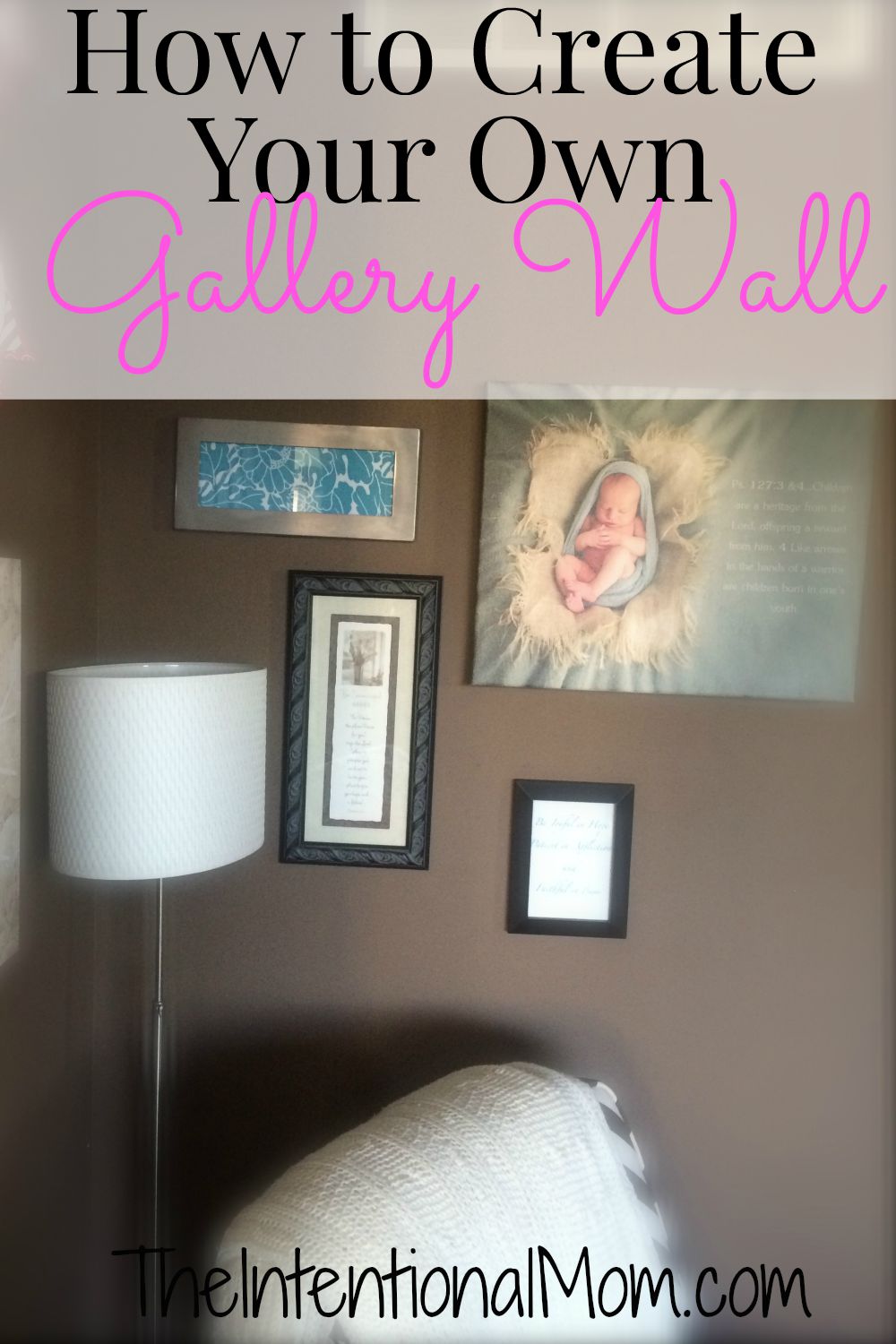 When I went about it, I collected ideas by looking at different gallery wall ideas on Pinterest and in various magazines and catalogs. I found the ones I liked best weren’t even in pictures that were “advertising” gallery walls but were actually showing something else with a gallery wall in the background.

My gallery wall is actually comprised of three different walls, but they are all in the same room and within the same plane of vision. I started with the largest wall and realized that the walls that remained sparsely decorated just didn’t fit. It was through getting the biggest wall in place that I decided that I needed to incorporate the two other walls as well.

This is my biggest piece of advice when it comes to creating a gallery wall: be fluid and go with the flow.

I cannot tell you the number of times that I changed how I wanted it to be laid out and the order in which I displayed things.

Through my research, I determined that I wanted to incorporate the following:

Once I determined these things, I went to work. 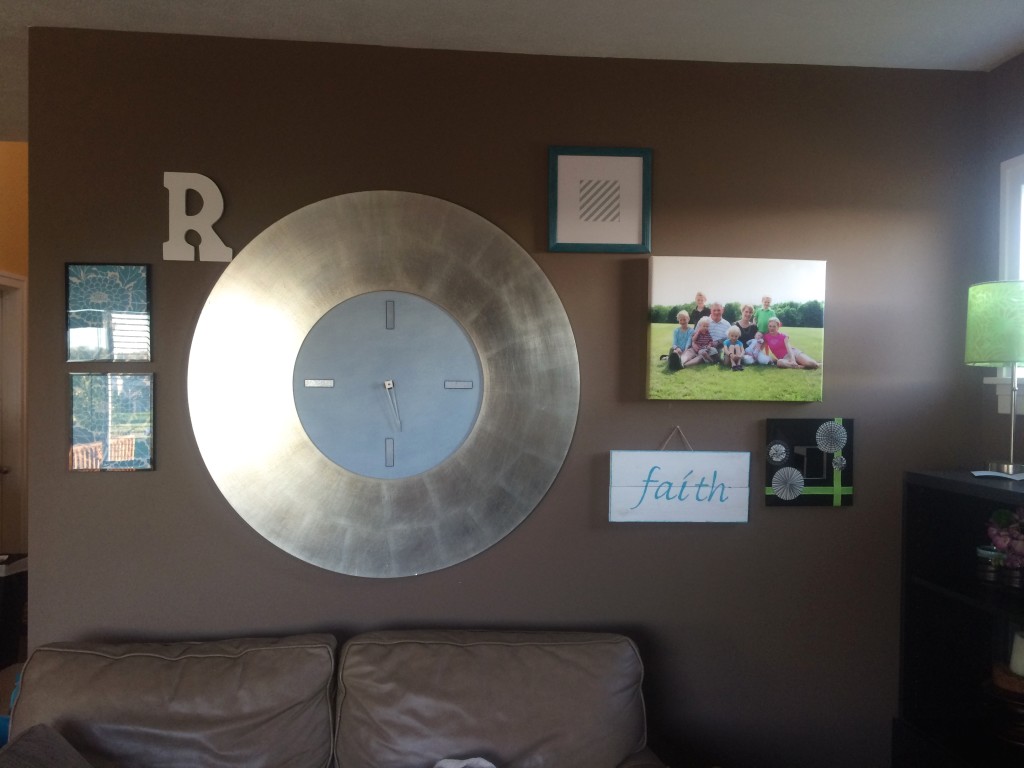 I started by determining the things that I wanted to use from what I already owned. I used all three personalized canvases that I already had displayed in this room, and I knew that I would want to use my big metal clock as well as a few other smaller pictures. 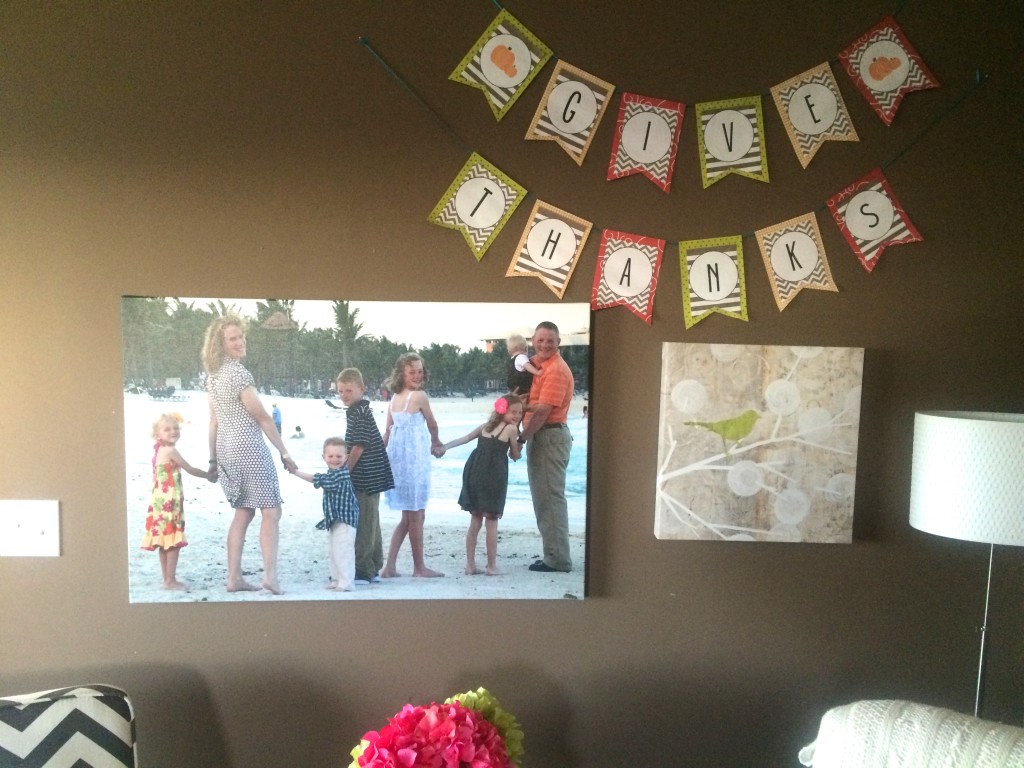 With those things to work with, I began searching the Facebook garage sale websites that I frequent for things I could use. I found a couple of things there including the wood element that says “faith” and the canvas with the green bird on it.

From there I headed to Hobby Lobby and Micael’s to look for some other elements including scrapbook paper to frame, using frames that I already owned.

Once I had everything ready to go. I began arranging and rearranging everything on the floor in the living room. 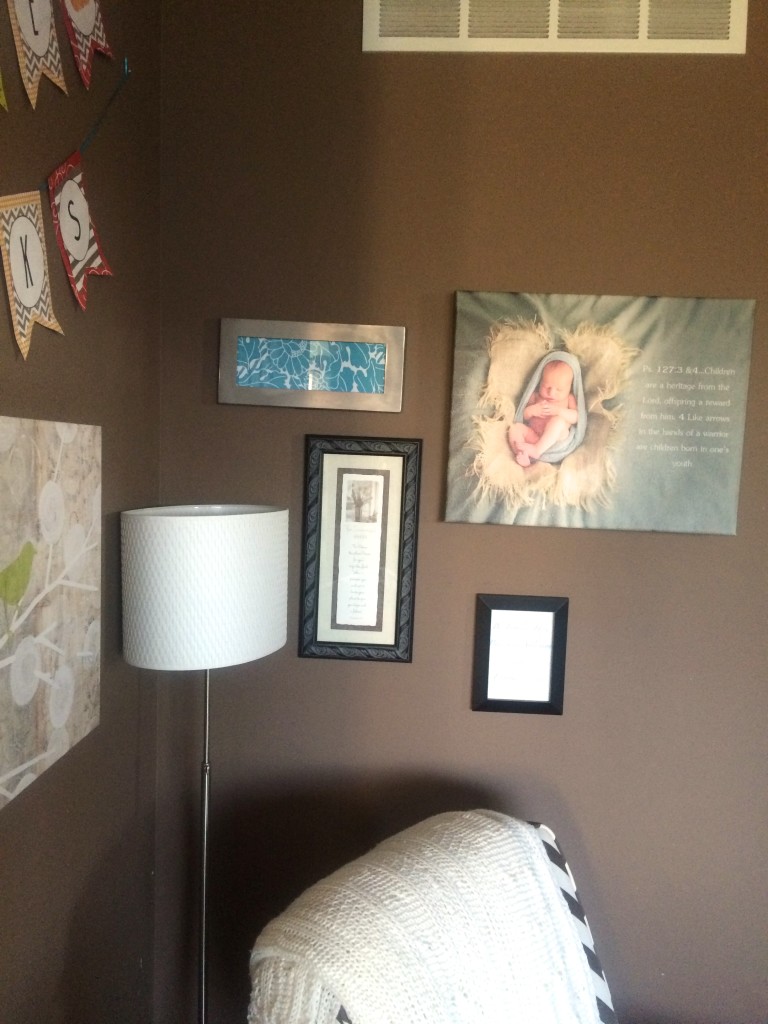 With it was arranged as I wanted it on the floor, I hung the clock first since it is the largest element. Then I began hanging the other things, only making one change from what I originally had planned out. I have also heard of cutting paper that is the exact size of the pieces you will be hanging and taping them right to your wall to get a feel for how it will look. However, I did not take this step.

With that wall complete, I moved on to first arranging the elements for the other two walls on the floor and then moving them to the wall. I didn’t end up making any changes to the original arrangement on these two walls.

Altogether I spent less than $50. Of course I have a lot of time into it including to make the “give thanks” banner, but it was time well spent, I love it!

If you have been toying around with creating a gallery wall, gather some inspiration, find or create your pieces, and just dive in!

« I’ve Got a Quick Favor to Ask of You!
Our Homeschool Day »