I have found myself flying a ton this past year. At least a ton by my standards, and there are a few more trips coming this year.

If you or someone you love isn’t too fond of flying, this one’s for you! 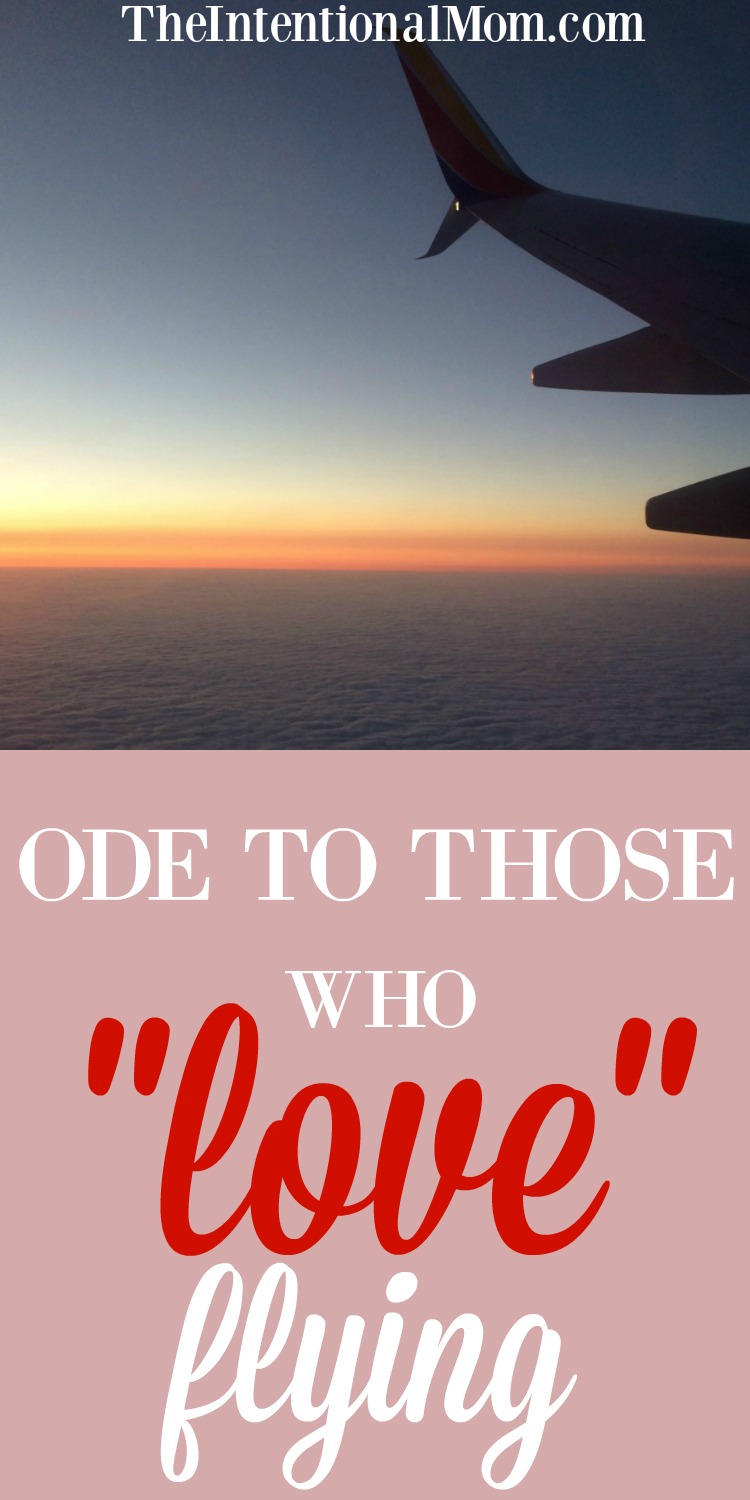 I hate flying. Anyone who knows me will tell you that. I hate the whole experience.

I hate being crammed in a small space with a bunch of other people, none of whom I know, and who could be carrying with them the most dreadful of diseases, just waiting to seize hold of me and threaten my life.

I hate the bags being stored overhead in those flimsy bins. Any minute now one of them is going to fall onto someone’s head and paralyze them for life.

And I especially hate the flying part. I just know that we are going to crash, or get hijacked, or start on fire, or go too fast, or too slow, and end up falling out of the sky into the ocean somewhere and drown. We could get lost, and run out of gas, and then we’d be in trouble.

We could get struck by lightning. The wings could fall off. We could hit a flock of birds, and the pilots wouldn’t be able to see, and then they would lose control and we would fall into the mountains.

The engines could fail.

So many things can go wrong. And it’s so easily avoidable.

Unfortunately, some people have to.

I don’t understand those who do it for pleasure or enjoy it. Those people are out of their minds and are asking to get killed.

I’m one of the people who flies because they are forced to or because they have to go to a stupid business meeting that their stupid boss decided was a wonderful idea.

Now they have to fly 2,000 miles away from home to attend said stupid business meeting. Or they’ll lose their job. Because they just so happen to be the secretary for the president of a huge law firm, and you kind of have to be there.

Stupid Wright brothers who invented the plane and thought it was a good idea to put human beings where they don’t belong- in the sky.

Human beings belong on the ground.

We are not supposed to fly.

If we were we would have wings.

Do we have wings?

Therefore we have no business flying.

But here I am, in my seat on the plane, waiting to take off.

We’ve already pulled away from the gate. Waiting for the all clear.

Wait, are we on the runway right now?

I stretch to see out the window and then sink back into my seat.

Now we are going to be smashed by a landing plane. It’s going to come out of nowhere and land right on us. We’ll be in a billion million pieces on the ground.

I can see my tombstone now.

A plane landed on her.

Or, if we don’t get smashed by a plane, then surely, when we are taking off, we will come up underneath another plane, and then we will all crash and burn.

“Here lies Patrica VanJansen. She crashed into a plane.”

Oh great. The pilot just said we have the all clear.

I’m pushed back into my seat by a force greater than a thousand bricks falling on you all at the same time.

I see the front of the plane tip up. Off the ground.

This will be the end of me.

Suddenly, I see clouds out the window.

I have to face the sky.

« The One Piece of Advice a Mom of 8 Wants Every Pregnant Mom To Hear
Puffed Pancakes: A Family Favorite Recipe »

Still my favorite room in the house. I know someda

If you know me well, you would know that I did NOT

The cat is practicing his shapes and colors while

When people hear how much I spend on groceries, ($

Such a budding artist I have! @letsgomakeart #thei