I will admit that potty training was not even on my radar anywhere. But, apparently we were dipping our toe into the waters of potty training a bit with our then newly three-year-old.

Why would it not have been on my radar? Why would I say we were dipping our toe in the water rather than jumping right in with both feet?

I will tell you.

Looking for something else to make mom life easier? Be sure to grab my free weekend checklist by entering your email below!

Subscribe to get our weekend checklist sent to your inbox

Success! Now check your email to download your freebie!

Mind you, I am not a doctor, I am not a scientist, I am not a psychologist. I am just a mom who has potty trained six kids thus far, and I have learned a few things along the way. There are books written by numerous experts that you can read. I prefer the short, sweet, Cliff’s Notes version of what works.

As a mom of 8, I don’t have time to read an entire book or for complicated methods.

I just need something that works.

And no accidents, please!

So, this is what I came up with, and it is the most awesome thing ever.

It is possible to potty train in a weekend with no frustration, no tears, and no accidents! 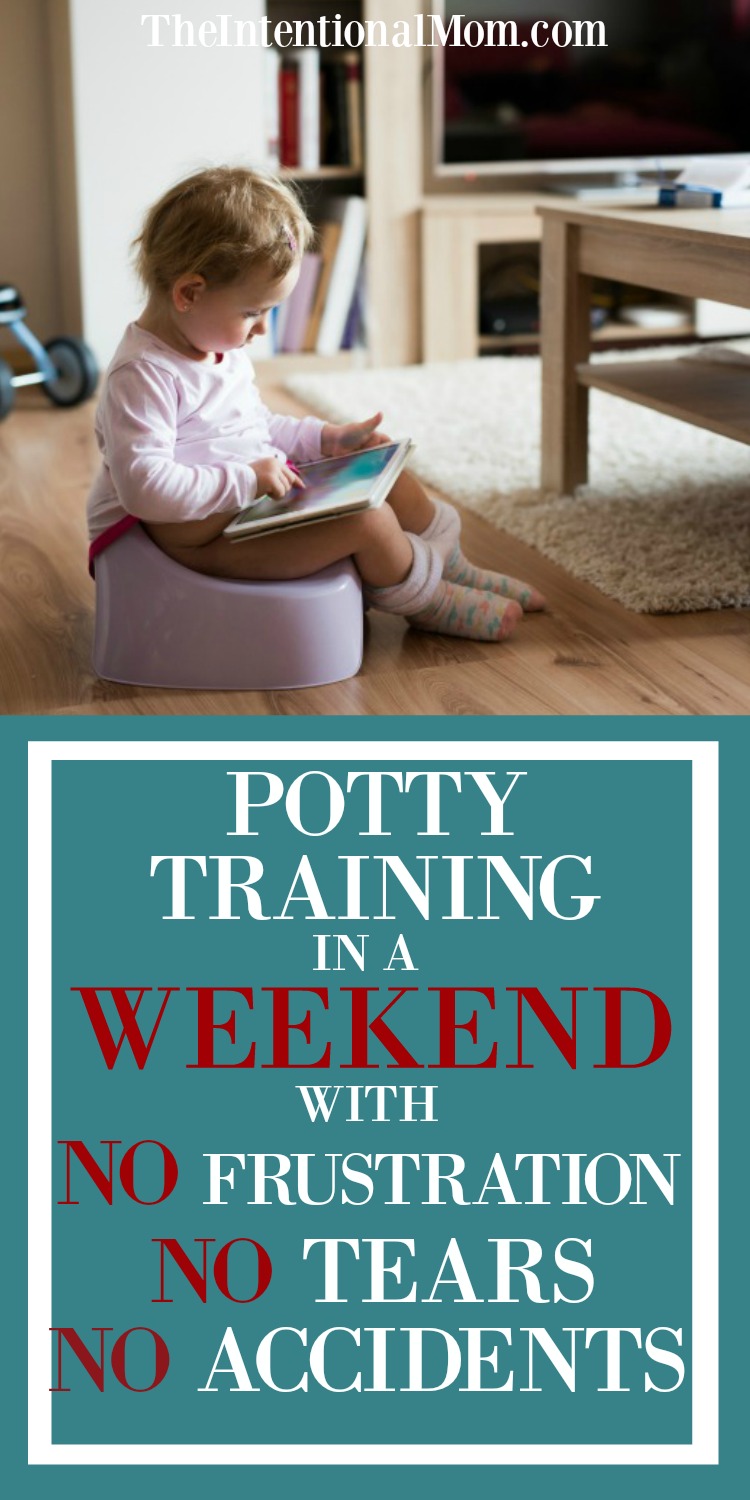 With my first, it was all about potty training when I thought it was time. You can imagine how that went. She cried, I cried, it took forever. Period.

With my second, I thought the key was to be firmer, more insistent. Wrong again. He cried, I cried, my oldest cried along with us. Nightmare. Period.

By my third (I had three kids in as many years, mind you) I was not walking down the same potty training road. Not even a little bit. I was over that road entirely.

My pediatrician had told me that there is a connection that physiologically needs to be made within the brain for potty training to occur. If that connection has not been made, your efforts will be futile. He told me this with my first and with my second children, but I was convinced that he was wrong. However, by my third child, I had decided that maybe he was on to something.

So, this is the methodology that I have found to work best for me. The best part is that it’s short, sweet, and painless (no tears), at least this has been my experience thus far.

First, get some fun underwear

You know, the kind that they want long before they are ready and show them to your child. Keep this underwear somewhere handy where you can remind your child they are there every now and again.

Next, get a potty and then handle it in the same way as the underwear

Get it early, show the potty to them every now and again, and that’s it. Done

Then, wait and watch for these signs:

When you see these things more than a few times, ask your child if they want to go on the potty

If they say yes, great, put them there. If they so no, great, leave it alone for a few days or even a week.

This is where my three year old was at first…doing his business, and when I asked him if he wanted to do it on the potty instead, he said yes. So, on the potty he went.

Once on the potty, my kids have to use it, otherwise they will be back in diapers

This is what happened at first with most of my kids. After sitting on the potty for awhile with no results, the diaper went back on.

Most times, they peed and even pooped in the diaper during bedtime and naptime, which is fine, but after getting them cleaned up I asked if they wanted to go on the potty.

If they sat on the potty and did nothing, the diaper went back on, too.

It is common that when potty trainers are testing the waters, they have a success/fail experience. But again, I don’t tolerate any more than two accidents in a day, and there also can’t be an excessive amount within a week.

If there are, they just may not be ready.

If you are moving into the second day of underwear, ask your child what they want, potty and underwear or diapers

If they choose potty and underwear, put the underwear on then. See what happens.

Ask if they have to go potty every so often, but in my experience, any more asking than that and it is only you who is being trained rather than your child. If they are ready to potty train, they will do it all on their own.

In the case of my three-year-old son, he pooped and peed in his underwear at this point.

In this case, the next step is to get them cleaned up and ask potty and underwear or diaper

Underwear? Great. Be sure to remind them that if they have one more accident, they will be back in diapers.

If that accident occurs, which means the second accident, they go back in diapers for a week, maybe two. Then, start the process over again from the beginning, asking what they want to do again…potty and underwear or diapers.

If they try the underwear and it ends badly with two accidents again, don’t get angry, it needs to be fine with you. No negative reaction at all. Just revisit it in a few weeks.

In fact, don’t ever have a negative reaction throughout the whole process. Not even once!

If it ends badly more than twice at any point, just be done with it entirely until they come to you and say they are ready.

Yes, let them tell you they are ready!

What is the advantage of doing it this way?

Using this method, I have potty trained four of my kids within a couple of days with less than two accidents and no tears, no harsh words, no damage to the relationship, and no messes to clean up all over the house.

I can look at my experiences with my first two kids and see what I feel are common mistakes:

Again, no expert here, just a mom who has done it a few times. I much prefer the no yelling, no tears, no potty training myself route, and no mess route. Four times over, this is how I have accomplished that. You can do it, too.

*Learning Resources provided me with the Robot Mouse Coding Code & Go Activity for review, all opinions expresses are my own. It’s no secret that… 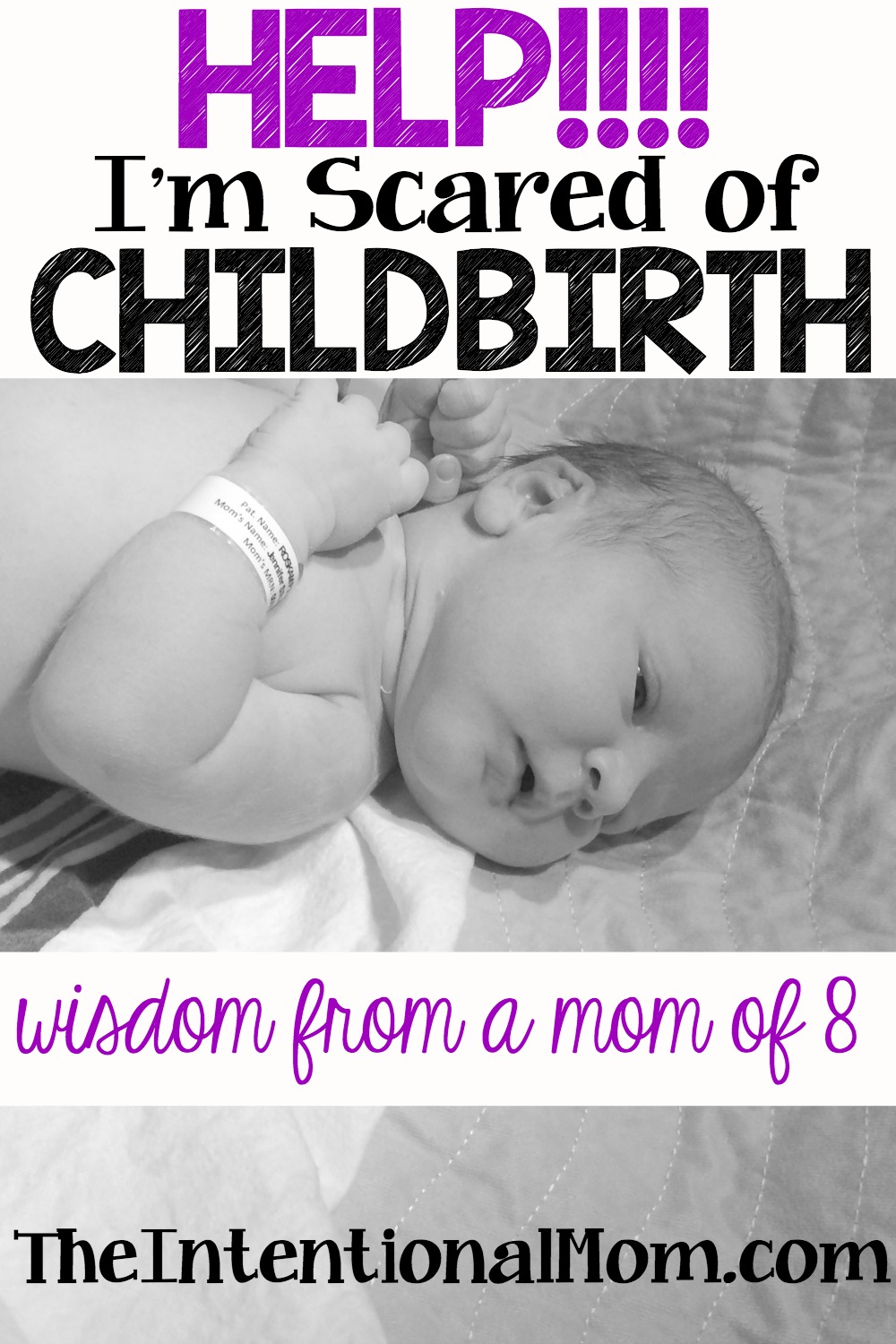 Are you pregnant and finding yourself scared of childbirth? If so, you are in good company as I think every woman faces this fear at… 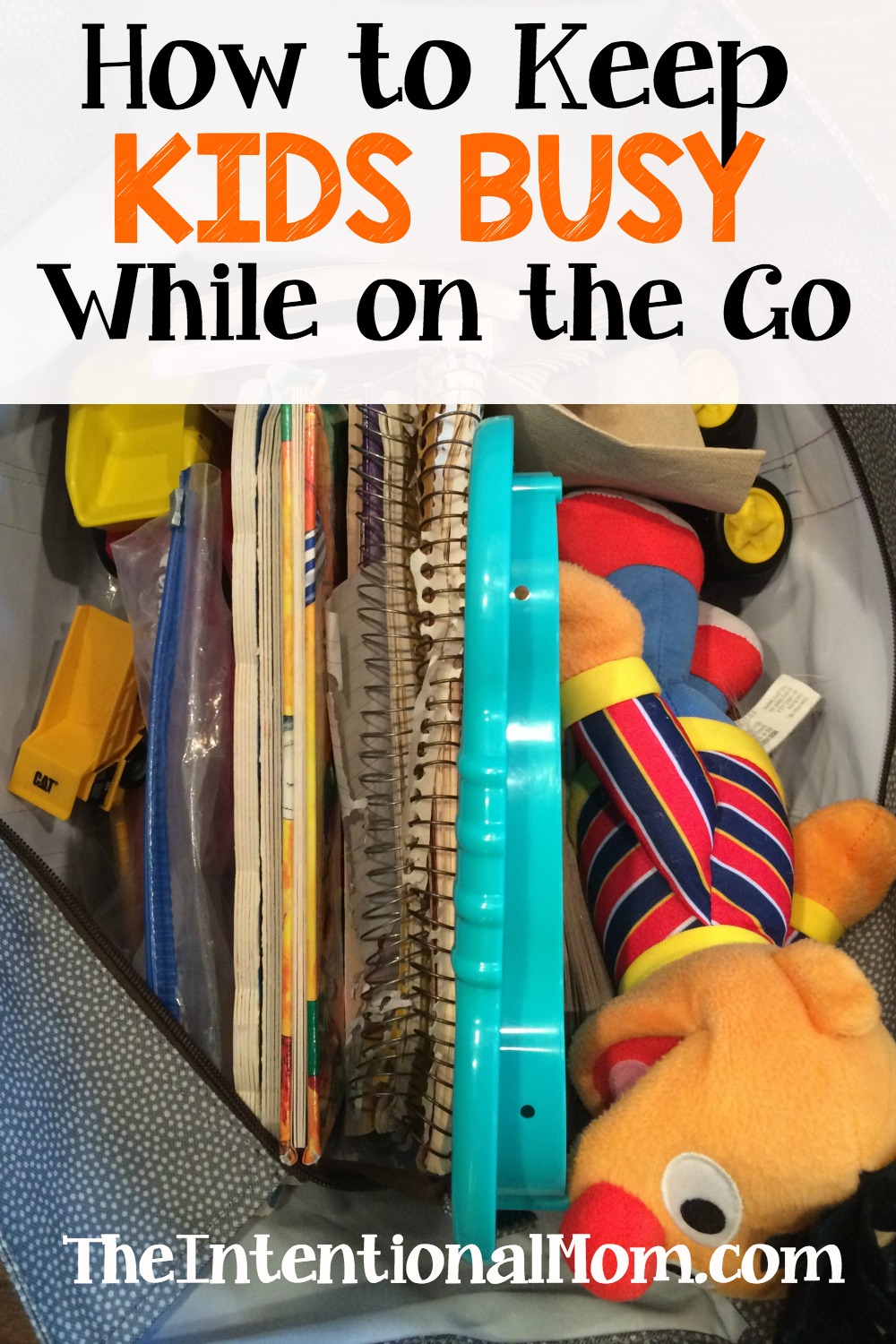 Need to keep kids busy while on the go? Appointments, shopping, and having to sit through older kids’ performances, practices, and games are just a… 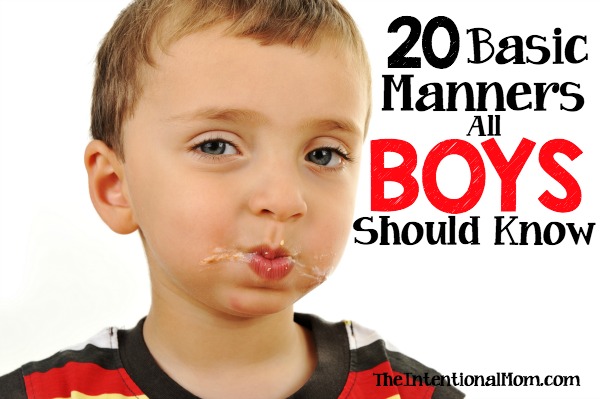 So often manners can be a lost art form these days, but manners are so important, especially when it comes to teaching our young boys… 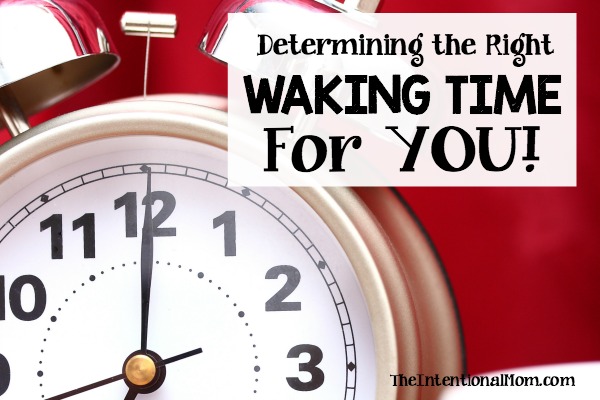 Having a morning routine is great, but do you really know how to decide what time you’ll need to get up in order to accomplish…

Summer. Life moves slower, time is more plentiful, and the days never seem to end. Summer is the perfect time to be intentional in building…