While not everything I have done has been successful, in fact, it has been quite the opposite at times, I have found through observing, asking, and monitoring the progress of successful people that they all share certain commonalities.

These observations aren’t scientific, and I don’t claim to have conducted anything official, these are the traits that set successful people apart as I have set out on a quest for success throughout my own life.

Maybe, like me, you are wondering what the formula is for success. These are 15 habits that set successful people apart. 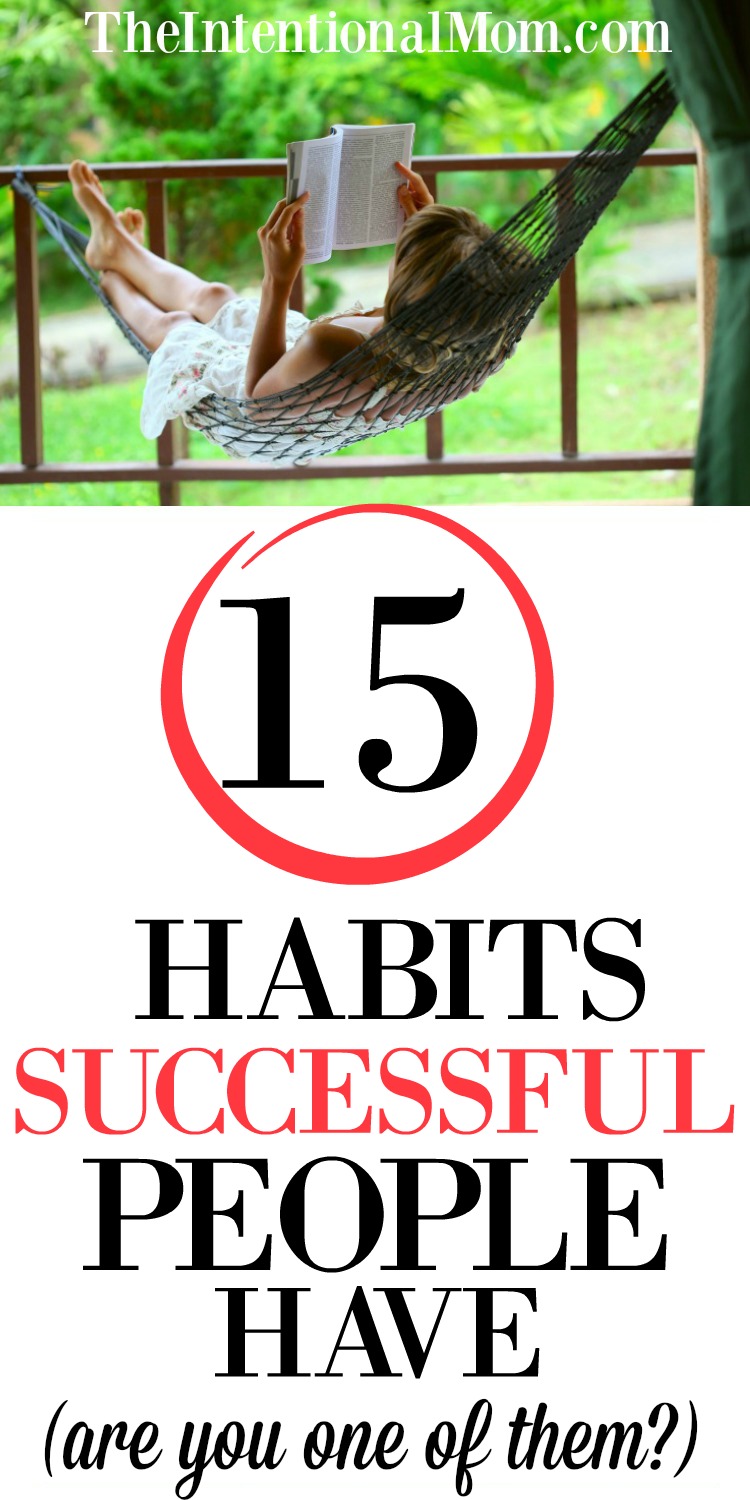 1. They get up early

Early is a relative term. What is early for some will not be early for others, however, early in this context means getting up with enough time to anchor their day in the same routine every morning. Successful people choose to forego getting up at the last possible minute and then rushing around to get out the door on time – even if they are tired.

2. They anchor their day in the same or very similar way every day/…even on weekends

As an offshoot of the above trait, successful people are intentional in how they spend their morning. They take their mornings captive, they start the day off on the right foot, and they make the most of their morning, which leads to a more effective day.

3. They are intentional in what they do and when they do it

Again in keeping within the same vein as the previous point, successful people are set apart by writing their plans down. When plans are written down, they are more likely to happen. It is one thing to intend to do something, and it is quite another to commit to that plan by writing it down. Here’s why I make lists

Do they all exercise strenuously? Not necessarily, but they all make a point of getting regular exercise to get their juices flowing. Exercise releases endorphins, which gives way to things like positivity, creativity, and stress management. It is hard to believe that one simple thing can do all that, but exercise is a vital ingredient in the lives of nearly ALL successful people.

6. They get enough rest

Believe it or not, successful people resist the urge to short suit themselves on sleep. Of course there are seasons where it may be necessary to cheat just a bit on sleep, but as a general whole successful people get enough rest.

When it comes to successful people, they have mastered the art of making lemonade when life gives them lemons. They know how to come up with Plan B or even Plan C or Plan D, but they know how to react and keep moving forward no matter what comes their way. Successful people don’t take things lying down, and they don’t let life keep them down. If they get kicked down, they get up, brush themselves up, and move on…usually with a smile on, too!

Sound crazy? It’s not. Successful people are readers including to relax and unwind, to learn new things, and even just to improve in every way they can. Books, newspapers, journals, blogs, it’s all good to them.

It may seem counterintuitive, but successful people are the first to admit when someone knows more than they do and seek out the advice and wisdom of these people. Successful people don’t assume they know it all or know better, and they are eager to learn from the experts.

11. They don’t let fear direct them

So many things sound scary if we let them. Successful people look fear straight in the eye and laugh. They see their fears as an opportunity to overcome, and they are willing to try anything at least once.

Successful people work hard in everything they do. They are the kinds of people who don’t do anything halfway, and they don’t shy away from taking on something simply because it will require hard work. They thrive on working hard, yet not to the point of perfecting something that it only paralyzes them. They attack everything to “win,” and they keep coming at that thing until they own it.

Just like they ask others for help, successful people are more than willing to help others. They are often the cheerleaders who encourage others to achieve greatness, and rather than hoard their skills all to themselves, they are eager to pass them on to others so that they might succeed as well.

15. They surround themselves with successful people

Are they only surrounded by successful people? No. But, they have learned that to be successful, one needs to see success. Success breeds success, and they fully embrace this truth.

It is amazing how successful people all share many of the same traits, yet they are very diverse in how they actually achieve success. While their achievements are all so varied, the path they used to get there are all remarkably the same.

If you are looking to achieve success, internalize and practice these traits. After all, who knows what you can really achieve!

Many of these skills are things that I have come to really internalize over the years. While I am not perfect at them all the time, I have made great improvements. A big way that I have done that is by taking two life-changing courses. They are both by Crystal Paine of Money Saving Mom. You can find out more about these courses by clicking on the graphics below…and they are totally affordable at only $17 each!