Are you wondering how to handle marital conflict? In case you missed Handling Marital Conflict Take Two, you can find it by clicking on this link. 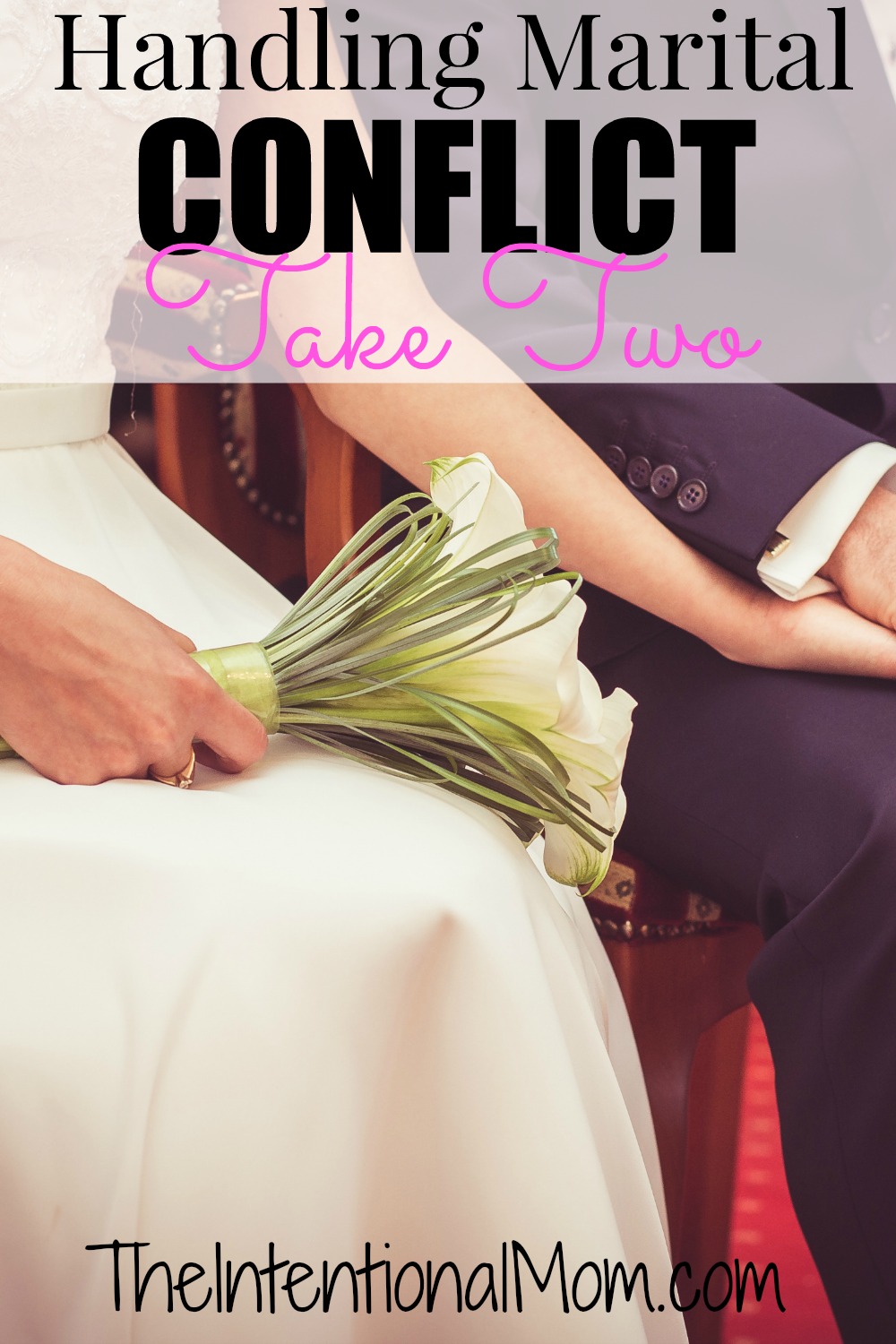 My husband and I have been married for more than 20 years, and I have come to realize that conflict seems to happen more frequently when the stresses of life seem to close in. Can you relate?

Over the years we have read various books together on marriage, we have attended marriage conferences, and we have received wise counsel at times. This fall, we celebrated 20 years of marriage, which is just crazy to think about. In many ways it seems like just yesterday. In other ways, it seems like an eternity ago. Who knew we would one day have seven children?! Not us!

With everything we have learned, we have come to draw on the following concepts the most:

Focus only on the issue at hand

It is so easy to bring up a laundry list of the “you always” or “you never” from the past in order to either prove a point or just to evade whatever the current issue is. Of course there is often an element of wanting to be “the winner,” so it is tempting to draw from things in the past if you feel you are not the one on top in the conflict. Keeping focused only on what has caused the argument is important.

Not ever. Making blanket statements like that are just unfair and said in an attempt to wound the other. 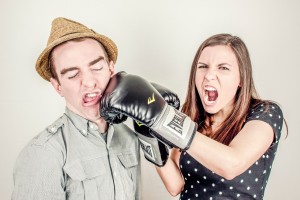 Use “I feel” statements

You’ve probably heard this one before, but it is a great one. Right away, I feel statements come across in a gentle way because you are not attacking, you are stating a fact about yourself. Oftentimes, your spouse may be clueless as to how something they said or did would make you feel. Sometimes stating an “I feel” statement will be the first time they have given any thought to your feelings regarding the issue. Amazingly, it can be hard to remember that there is a person with feelings behind the person you are arguing with whether your spouse or anyone else. It is just part of being human.

Saying things like, “You only do that to hurt me,” are not only incorrect the majority of the time, but they also only put your spouse on the defense and generally give way to an escalating arguement. This concept would be much better stated as, “I’m not sure what I am supposed to think or feel about this, but this is what I do think and feel. Is this your intention?” Again, there can often be an a-ha moment on the

part of your spouse since they never thought through to your feelings on the matter.

Remember that you are on the same team, you are not enemies, and your goal should be on coming to an understanding rather than on winning an argument

Your goal is to achieve mutual understanding and agreement on moving forward regarding whatever the issue is. I know in a book or conference that we attended, it was suggested that we turn to one another and say, “You are not my enemy.” You feel kind of silly, but it works in the heat of a battle since just saying those words to one another helps bring you out of the thick of the argument and back to the reality of trying to work through things together.

Conflict is never fun, but it is part of any relationship at times including a marriage. Conflicts can be productive times, however, and they can also be times that bring you closer to one another if handled correctly using these few tips.

How do you handle marital conflict? 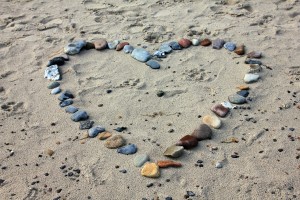