Fighting in a marriage, or perhaps dealing with marital conflict, is an inevitable part of being married. Even the healthiest of marriages will find couples arguing with each other at times. Some even say that disagreements between spouses are an essential ingredient in a marriage relationship (and I agree!). While avoiding conflict isn’t a necessary thing (I’m not even sure this is possible), learning to handle arguments, disagreements, and fighting in a marriage are skills that are vitally important. If you’re wondering whether it’s normal for couples to fight, argue, and disagree, really it is. Therefore, learning some ways to deal with fighting in marriage is something all married couples must do.

Let’s face it, being married is hard sometimes. If you are like my husband and I you would be opposites, which works really great at times.

Looking for more on relationships? Enter your email below to grab our conversation starters printable for some great questions to build your relationship with your kids!

Fill in your email to get your download & grab some other free stuff too!

Success! Now check your email to get your download and confirm your email address!

Here’s what opposites can look like in a marriage.

This list could go on and on, really. For the most part, these are qualities that often work out in a positive way if you are opposites. But there are also times when these traits are no longer an asset, but a liability. There are also the times when spouses could be of the same thinking but end up butting heads when they have just a slightly different thought about something.

When there is friction or fighting, it can be so easy to react right away. It can be like a reflex to say or do something that you would later think differently about. Maybe you even respond in a way that you would avoid saying or doing altogether just a minute or two later.

My husband and I have been married for nearly 25 years. In that time, I have come to realize that conflict seems to happen more frequently when the stresses of life seem to close in. And life is plenty full of stress.

Maybe you just want to know, “How can I stop fighting with my husband?”

When it comes to fighting in marriage, my husband and I have come to find these six things to be so important in dealing with fighting, arguing, and disagreeing in marriage. 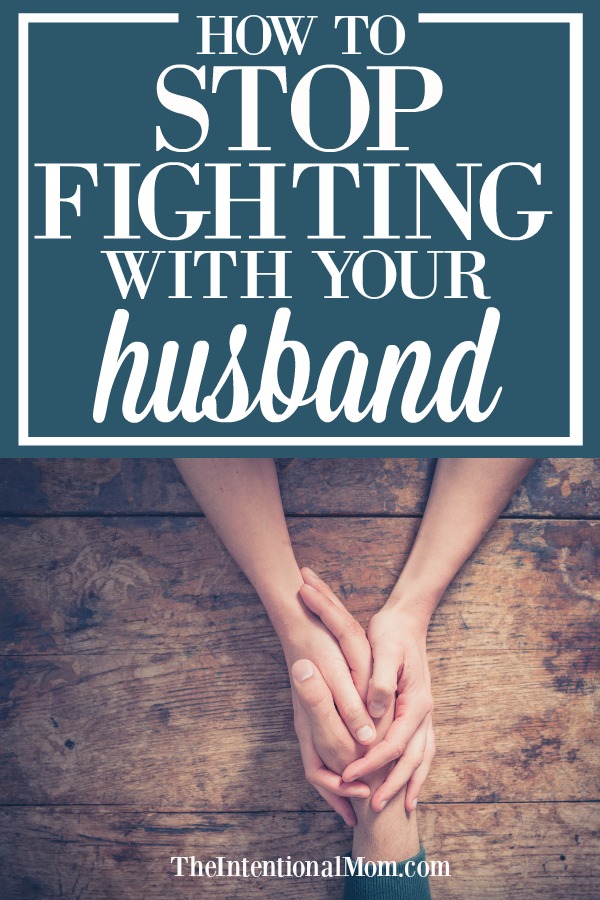 Focus only on the issue at hand

It is so easy to bring up a laundry list of the “you always” or “you never” from the past in order to either prove a point or just to evade whatever the current issue is. Of course there is often an element of wanting to be “the winner.” For this reason, it is tempting to draw from things in the past if you feel you are not the one on top in the conflict.

So, keeping focused only on what has caused the argument is important.

This brings me to my second point.

Not ever. Making blanket statements like that are just unfair and said in an attempt to wound the other person in most cases. 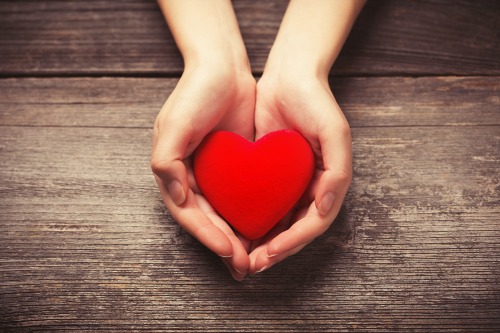 Focus on whatever the behavior is

Focus on the behavior rather than making it a personal attack on your spouse’s character.

The same is true when you are talking to your spouse.

Discuss a behavior, don’t attack the person as a whole.

Use “I feel” statements

You’ve probably heard this one before, but it is a great one.

Right away, I feel statements come across in a gentle way because you are not attacking. You are simply stating a fact about yourself.

Oftentimes, your spouse may be clueless as to how something they said or did would make you feel. Sometimes stating an “I feel” statement will be the first time they have given any thought to your feelings regarding the issue.

Amazingly, it can be hard to remember that there is a person with feelings behind the person you are arguing with whether it’s your spouse or anyone else. This is just part of being human when we feel wronged, backed into a corner, or hurt.

Focus on what you feel, framing what you say within that context.

Saying things like, “You only do that to hurt me,” are usually not accurate. Furthermore, they also only put your spouse on the defense and generally give way to an escalating argument.

This same idea would be much better stated as, “I’m not sure what I am supposed to think or feel about this, but this is what I do think and feel. Is this your intention?”

Again, there can often be an a-ha moment on the part of your spouse since they never thought through to your feelings on the matter.

Remember that you are on the same team

This is a huge one. Remember that you are not enemies, and your goal should be to come to an understanding rather to win an argument

Your goal as a husband or wife is to achieve mutual understanding and agreement on moving forward regarding whatever the issue is. When we were at a marriage conference once, it was suggested that my husband and I turn to one another and say, “You are not my enemy.”

This did feel kind of silly, but it works in the heat of a battle since just saying those words to one another helps bring you out of the thick of the argument and back to the reality of trying to work through things together.

Conflict, arguments, and fighting in a marriage never fun. But these things are part of any relationship at times – including a marriage.

Disagreements can be productive times, however. These experiences can also be times that bring you closer to one another if handled correctly using these few tips. If handled correctly, fighting in a marriage can be the beginning of a deeper understanding between a husband and wife.